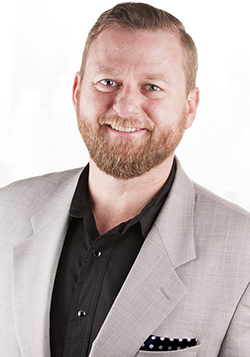 Cameron has been active within the expat community and on the board of ANZACC Midwest for the last eight years – having previously served as President from 2012-14.

He continues to build a deep understanding of international business and cultures through his 15+ year professional career with the highly successful Australian travel company, Flight Centre Travel Group (FCTG).

His first six years with FCTG being at global headquarters in Brisbane prior to relocating to Chicago in 2008 following a series of acquisitions.

Cameron is VP Brand Development and based in Chicago. He’s responsible for the strategic growth of the successful independent travel agent network throughout North America.

Prior to his global career with FCTG, Cameron spent over six years with the Seven Television Network Ltd in Australia with similar success.

Cameron is past-President of the Young Executives’ Board for Chicago’s Mid-America Club. In Australia, he served on the Board of the Queensland Centre for Photography and was a member of CEDA – Centre for Economic Development of Australia. He was also a Commissioned Officer in the Australian Army Reserve for over eight years.

Cameron and his fiancée, Ashley, are avid adventure travelers and keen photographers.